I want to become an engineer or a doctor — this is what we often hear from children. There’s nothing wrong with it. You should study well, pass all the exams, and be qualified as much as you can. However, we should review a major topic now. Is there anything called job status?

Should you only become an engineer or doctor to serve the country? On the other hand, we work for money-making. To survive in any country, earning money is a must-do. Depending on the job status, the amount of money that you can earn varies?

What Are the Jobs?: Any task that is legally accepted and let you earn money is a job. It could be a company director position or a minor worker. When comparing these two positions, at a glance, there’s a huge gap. Would you ever wish to work as a road cleaner? However, it is also a service. Without such workers, the country won’t be a clean place to live.

Social norms such as “you should marry a doctor or engineer” do exist since the old days. Nevertheless, these opinions should change now. We can review this topic in two ways.

To move forward as one nation, everybody should get the same opportunities. What should you do from your side? As our previous articles have explained, to get a high-grade job in any country, you should have a degree or masters now. Thus, you know that without being a qualified individual, you can’t get such status. Unfortunately, many thousands of people do live in Sri Lanka without sound educational qualifications. For them, we should bust this so-called job title. The mindset of the country’s people plays a top role in the development of the island. 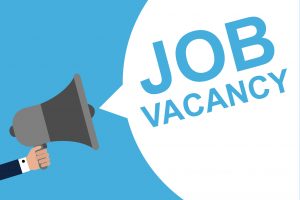 Let’s understand the reality? Should you worry about jobs and titles? We have to say YES. If we say that all vacancies are equal in terms of money-making and status, then we mislead you. However, one shouldn’t underestimate another due job status. It creates tension between social groups.

Even though this is not a political description, we prefer highlighting a statement given by a presidential candidate recently. Labours or tea pluckers in the Nuwara Eliya region are “tea pluckers” since the 50s. Those people are also a part of our country. Sadly, we never think of their quality of life.

One journalist asked this question from the presidential candidate, “would you increase the salary of those tea pluckers up to 1000 rupees?” The expected answer was a straight “Yes.” However, the given answer was this: “why only talk about their salary? Why can’t we give them proper education and get them to other jobs? Why can’t we treat them equally and raise their life to the next level?”

Through this vision, we can understand that we can change those job titles. Anybody can study subjects that would lead them to high-grade jobs.

Job Titles And Pay Rates: There’s a huge pay rate difference between Sri Lanka’s high-grade jobs and general positions. Unfortunately, the system is not balanced in terms of the right candidate receiving the right position. This practice is worse in the government sector. You must have heard that a few higher authority personals of the country’s leading services earn over three million rupees a month as salaries. Sadly, they are not as qualified as individuals who work within the second-level group.

Such positions were awarded through political connections. If we purify the system, then we can minimize such gaps between Sri Lanka jobs. The right position for the right, qualified expert. Also, generating more jobs within the country and award those in a methodical manner. If we can manage these modifications, then you will understand that job titles are not as important as you think. It is not only about how much you earn, but to what extent do you contribute to your country?

“A job title doesn’t put food on your table and money in your bank account!” This what the developed countries believe. This proves that the gap between the pay rates and the status of the jobs in such counties won’t make much difference. However, the situation is not the same in our country yet. We can look into this through another angle.

Your Status & Job Titles: It is a fact that a few jobs create a positive first impression. For example, “he/she is a doctor!” In Sri Lanka, doctors and engineers are considered classy individuals. Should we come out of this mindset? Unfortunately, we can’t give a specific answer to this question at this stage.

If this island manages to remove the “developing” label, then things may change positively.

Some Final Words: Jobs and titles create tension, but it still holds valid opinions. Don’t waste your time on useless activities. Be qualified in terms of skills and educational background. Jobs are available in Sri Lanka for seekers in various groups according to qualifications.

You don’t need to be a company director to serve your country, though! To find your dream job, use our Dream Jobs.lk. Good luck!